Discover our last blog posts about the Arabic language.

Dialectal or vernacular Arabic results from the fragmentation of 7th century Arabic and the fusion of the dialects resulting from military conquests and the mixing of populations of the South Arabian, Berber, African etc. languages. These dialectal varieties are extremely numerous today and persist throughout the Arab world. Dialectal Arabic is the language that each of the 290 million Arabic speakers uses throughout their lives, which conveys a whole popular, traditional, and contemporary culture. He is greatly devalued socially and is often perceived as “vulgar” or “bastardized”. It is therefore, an almost exclusively spoken language whose varieties are rarely incomprehensible among Arabic speakers.

Classical Arabic, for its part, is a language diffused in all Arab countries, and it is this language that is taught all over the world. It is, therefore, a prestigious language associated with religion and writing, that is to say, literary culture, science and technology and administrative functions. Classical Arabic is also called Quranic Arabic, Modern Standard Arabic, Grammatical Arabic, or Eloquent Arabic. Very few Arabs in the world speak this variety of Arabic as their mother tongue. Thus, only 120 million people know classical Arabic as a second language. However, classical Arabic does not correspond to the language in which the Quran was written fourteen centuries ago, although the basic rules have not changed since that time. The Arabic language was born several centuries before the appearance of Islam.

Nonetheless, the modern classical Arabic used today has undergone certain modifications that began in the last decades of the 19th century, called the “Nahda period”, meaning “Renaissance”, a renaissance in the late 19th century. Political, cultural and religious. This movement was mainly the work of a group of intellectuals from Lebanon, then from Egypt and also from Syria and Palestine. These reformers set out to modernize the Arabic language by modifying and somewhat simplifying the original syntax of the 7th century, but above all by adding modern words such as “train”, “company”, “democracy”, “socialism”, etc. To do this, it was necessary to draw on the grammatical resources of Arabic, in particular, by resorting to the process of analogy (al-qiyas). Today, nearly 60% of modern vocabulary comes from this Reformed Arabic.

Classical Arabic has nevertheless retained its essential eloquent characteristics, which allow skilled speakers to indulge in true stylistic creations, hence the expression “eloquent Arabic”. While some very religious Arabs believe that, of all the languages, Arabic is the one with the vastest resources and the richest lexicon, others see it only as filler, verbosity or vain display. Perhaps this is why it is almost impossible to write and speak classical Arabic completely flawlessly. As much as dialect or vernacular Arabic can be a simple language to practice, classical Arabic can seem complex and difficult. This is what explains why no Arabic-speaking population has adopted it as their mother tongue.

All attempts to change and reform the classical Arabic language have failed due to protests from the tradition’s protectors. There is a certain mainstream in the Muslim world that recognizes that, of all the languages ​​in the world, only Arabic, “the sacred language of the Quran”, cannot be subject to revision. For some Arabs, touching the Arabic language would amount to undermining the Holy Quran. How, in fact, still understand the Holy Quran and the Sunnah of the prophet if we change grammar and syntax rules? For some, calls for removing the current rules of Arabic grammar are “signs of the existence of the imperial-Zionist plot”.

Despite the controversies over the two major forms of Arabic – Vernacular Arabic and Classical Arabic – there are powerful historical and ideological ties between the two and many linguistic similarities. Thus, the alphabet letters are often the same, as is the order of the words or the syntax. However, the words and pronunciation can be very different as Classical Arabic loses all local dialect traces. This is why Arab communities have always considered that there is only one Arabic language. One writes only in classical Arabic, although the vernacular Arabic can theoretically be written. It is estimated that the illiteracy rate in the Arab world is around 50%, but it varies by country.

The dual in Arabic | الْمُثَنَّى 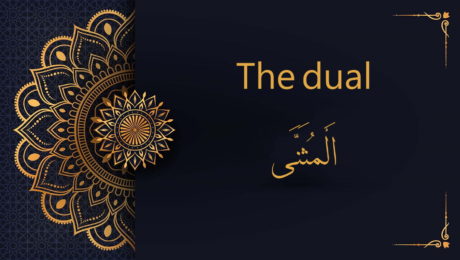 Introduction   In English, there is only singular and plural. However, there are three numbers in Arabic, Singular, plural, and dual.   Singular المُفْرَدُ Dual الْمُثَتَّى Plural الْجَمْعُ Its formation It is formed by adding the suffix fatha, alif, and noon with kasrah: انِ -َ in the nominative case (حَالةُ الرَّفَعِ) and fatha, sukoon and
arabic free coursesdual in arabic

The noun in Arabic | الاِسْمُ 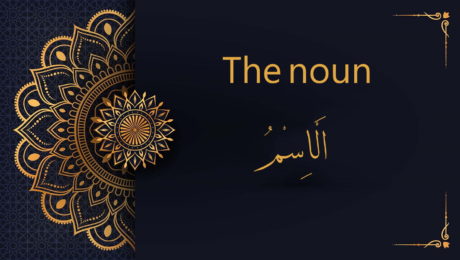 The word in Arabic | الْكَلِمَةُ 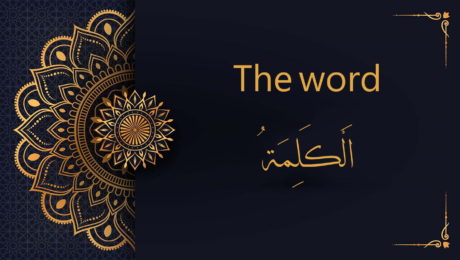 the word – اَلْكَلِمَةُ A word is a unit of spoken or written language.   Example:   كِتَابٌ A book عَلِمَ He knew كَتَبَ He wrote NEWSLETTER Stay updated with our latest offers, latest blog posts, and promotions.     kinds of words – أَنْوَاعُ الْكَلِمَةِ   There are three kinds of words:   Noun
free arabic coursesintroduction to the word in arabic