How to learn Arabic alphabet in 10 minutes ?

This article will see different methods to learn the Arabic alphabet online or on a smartphone easily.

How to learn Arabic alphabet and their variants

As with any alphabet, it is imperative to know the 28 letters that compose it. Of course, each letter has its own phonetics. Some letters are more difficult to pronounce than others for English speakers. However, a few are relatively easy to pronounce.

Unlike the modern Latin alphabet, the Arabic alphabet has a characteristic of its own. Each letter of the alphabet has three variations. Thus, the letters change according to their place in the sentence. Different variations are depending on the different positioning of the letters in a sentence.

If we do the math, to fully master the Arabic alphabet, it is unnecessary to know only 28 letters. It is also necessary to know the 4 forms of each of these letters. So it’s 112 signs in all that you will need to know!

You can see below a table of the 28 letters of the alphabet with their name, their phonetics, and the 4 total variants of these letters.

Of course, it is possible to dispense with writing and learning the Arabic alphabet to speak it phonetically. However, if you want to progress, become bilingual and learn to read Arabic, you will have to learn all these letters and variations!

Learning the Arabic alphabet on your own can seem like a very daunting task. But you have to take it little by little, and if possible having as much fun as possible. This is why we have selected some useful resources for you to make this learning easier for you.

Websites for learning the Arabic alphabet

When learning new languages, many people turn to the internet for help. And this is quite normal since the resources are not lacking! There are many articles, sites, and Arabic lessons available to help you learn the Arabic alphabet.

You can easily find efficient methods on the internet to learn and assimilate letters as a beginner. Most of the sites we found offer exercises and explanations for both pronunciation and signwriting. You will also find that each letter’s derivatives follow a certain logic and resemble the isolated form of the letter.

The site is Al-Dirassa. You can find free Arabic lessons on this site designed for beginners. You will learn letters of the alphabet, short vowels, double vowels at the end of words, long vowels, no vowel, doubling letters, linking letters, and reading in Arabic.

For each part of the lesson, the method remains the same and practices both writing and pronunciation. You can listen to the pronunciation of a letter, consonant, vowel, or word to make sure you know the correct sound.

If you want to go further, the site offers you to learn literary Arabic, at a cost, of course. However, the offer does not seem very attractive, and it would be better to pay for a private lesson, at home or online.

Other sites exist, but this one will have to do the trick.

You can find many mobile apps on Android and iOS to help you complete your learning, whether you’re on the subway or at home. We have presented you with the 2 simplest and most complete applications according to us.

Finally, you can contact us to receive personalized support to allow you to learn Arabic and its alphabet in the best possible conditions. We would be happy to help you! 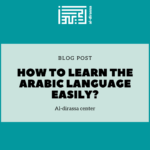 How to learn the Arabic language easily? 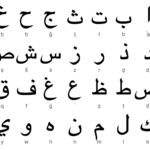