Calligraphy in Islamic art started in the 7th century in the Middle East by introducing Islam’s new religion. Calligraphy was the only type of art that Muslim scribes considered worthy of transmitting the Word of Allah. Thus, the complex, calligraphic details found in the pages of the Quran are quite captivating. The Arabic language was widely spoken at the time of the Holy Quran revelation. Furthermore, we can consider it as a language of Muslim recognition.

First arabic calligraphy art style developed in the 7th century in southern Iraq. Likewise, it took inspiration from the Arabic scripts of the 3rd and 4th centuries.

An easily readable script, designed in the 10th century and eventually chosen as the script to replace the Kufic script of the Holy Quran.

The term “Thuluth” means ‘one third’ referring to the pen’s size, used to write this script. Developed in the 10th century, the design aesthetics of this Arabic script are more elegant and pleasing.  It had strong left-inclining vertical strokes and profound bending flat lines that frequently interweaved inside letters.

In the Islamic Empire, the “Maghrib” refers to the western side of North Africa. Calligraphers of this region so utilized commonly this script. Thus, it represents descending lines written with quite large bowls and by letters but with unified thicknesses.

“The first thing that Allah created was the pen, then, He ordered it to write, so it wrote everything that will happen till the Day of Judgment,” said Prophet Muhammad (PBUH) as narrated by At-Tirmidhi, Abu-Dawud, and Ahmad

Seeking knowledge has always been an important component in the fundamentals of Islam. Thus, Muslims encourage calligraphy as a medium of communication to spread Allah’s message and give mankind the ultimate knowledge of its creator and what He expects from HIS creations.

Arabic calligraphy art is an important form of creative art as it does not portray figures or animals. Rather, it is a high design derived writing style that can grab undivided attention. Thus, it holds symbolic visual representation and experience in its written text. Calligraphy allows you to see each word and expression, how an artwork permits you to put words to the story portrayed. This fine art stresses the excellence and history of the composed words.

Furthermore, Arabic calligraphy helps to preserve Islamic teachings and messages. Therefore, it played a vital role in increasing Islam’s awareness. As a result, it is a unique look in doing so.

Use of Arabic Calligraphy in Today’s World

Arabic calligraphers from all over the world today get the utmost respect. Thus, they are considered people with wisdom who display great patience and persistence in creating something really appealing. Consequently, different international calligraphy exhibitions bring together artists throughout the year and build a community of creative people who wish to decorate great messages appealingly.

Masses use Arabic calligraphies to decorate the interior of their houses and offices as on a spiritual level as calligraphic paintings in the room guarantee a positive aura and a calm atmosphere. 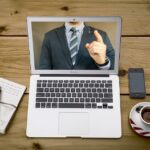 How Learning Arabic helps you to get your dream job! 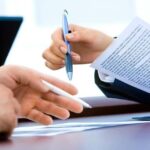 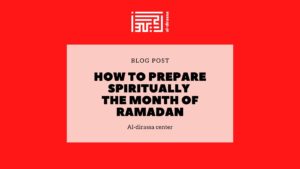