Arabic is a written and spoken language with its own cultural identity and unites various nations. Although local dialects vary,

Standard Arabic is the foundation upon which all local variations are based. Learning one of these variations opens a window into an incredible range of different and diverse places and cultures.

Learning to read and write in Arabic is not an insurmountable challenge, as many people think. It is even a more accessible language than it seems.

Arabic is in high demand, and there is a shortage of qualified speakers.

The Arabic language is not just a simple language. It gives English speakers access to an unknown world, a vibrant culture, and a perspective on history and politics that we rarely see in Western media.

Not only is Arabic a lot more accessible than many people think, but it is also in high demand. Several ministries, armed forces, and many companies are willing to pay their employees to study it at an advanced level due to the severe shortage of graduates in Arabic shows that there are many good reasons for choosing to learn Arabic for students.

As one of the six official languages ​​of the United Nations, Arabic can be a real boost for careers in international organizations and diplomacy and journalism, tourism, and international business, especially l energy industry. If you are considering your future career, learning Arabic is a great choice to develop skills that set you apart!

Arabic is not the language of one country but 26 nations united in North Africa and the Middle East. It is a language that gathers at least 400 million native speakers in the Arab world and is a language spoken by Muslims worldwide in other countries.

However, I tend to warn my newbie students that there isn’t really a language called “Arabic”. If you want to go anywhere, you will need to speak two languages ​​side by side: the standard written language, known as fus-ha (الفصحى, literally “the purest”), and one of the Local dialects spoken, which vary considerably in pronunciation, vocabulary and grammatical structures from region to region, which is also the case with some other languages.

Written Arabic is represented as the language of the Quran and therefore of the Islamic faith, and as such, it has changed very little since the Middle Ages.

Arab students can thus appreciate seventh-century poetry without much effort, which is impressive considering the challenge that even 17th-century writers such as Shakespeare pose to English speakers.

Literacy is important, but don’t overlook the dialect.

In general, modern Arabic is the starting point for most students of Arabic as a foreign language. It would help if you had it for academic development, reading, writing and using a dictionary. But if you want to speak Arabic on vacation or talk business, you will also need to learn a local dialect.

Most people do not know or do not have a command of literary Arabic … This can be useful if you decide to haggle in a market, for example. Your haggling will help you get a good price (tip: always haggle in a market!), And you’ll likely make a lifelong friend if you can show you’ve tried learning at least one local phrase.

In literary Arabic, to ask someone their name, you would say “maa ismuka?” While the Syrians would ask, “shoo ismak?” »And for the Egyptians, it is« ismak ay? “. This example demonstrates how keywords like “what” differ between dialects and how grammatical endings are simplified in spoken Arabic, making it much easier to learn than literary Arabic. For this reason, I would always recommend a student to practice speaking Arabic first.

Also, the pronunciation of some letters varies between dialects. For example, camel (جمل) in literary Arabic is “Jamal“, but in Egypt, it is “Gamal“.

But due to the pervasiveness of cultural exports between Arabic speaking countries such as Egyptian films, and Qatari news channel Al Jazeera, Arabs tend to be familiar with the basics of each other’s dialects. Just as the British understand Australians and their Australian expressions.

Arabic is deeply linked to our European heritage.

It was a rich period of cultural trade alongside the trade in spices and exotic products, which brought the words:

In terms of culture, modern Europe would not be what it is today without the impact of Arab civilization, which has preserved, translated and developed texts in various scientific and human disciplines. For example, thanks to researchers at the House of Wisdom in Baghdad, many of Aristotle’s texts have survived and could be brought to Europe.

Arabic is very different from Indo-European languages but easier to learn than you might think.

. Like Hebrew, Arabic is a Semitic language, and she calls on European students to deviate from some of their Indo-European assumptions about how a language should be practised. However, it is an extremely accessible language at a beginner’s level, with elementary grammar.

Arabic has only two tenses (past and present), and it dispenses with using the verb “to be” in the present tense, as it is implied.

There is also a syntactic beauty in the language’s very logical root letter system. Almost all Arabic verbs have three essential letters from which many nouns and related adjectives are derived.

This gives Arabic learners a real boost: if you know a word from a certain root, you have a shortcut to recognizing and deciphering new vocabulary related.

The Arabic alphabet is easier to understand than it looks.

Arabic is written from right to left, and a book starts at what looks like the back to us westerners. Although Arabic writing may sound like waves to people who are not used to it, my experience as a teacher is that learning to read and write is not a huge challenge. People think.

The part that can confuse you is when you come across numbers in Arabic text as they are read left to right like English! The alphabet, consisting of 28 letters, begins with familiar elements, with the letters alif (أ), ba (ب) ta (ت), just like in Greek with “alpha-beta”.

There are no upper case letters, and there is no need to write short vowels, just as you can only use consonants when texting with just “bjr” for “hello”.

If you really need to display short vowels, use the little markers above and below the consonants. These items are available in children’s books and textbooks, but over time you will recognize the words in context, and you will no longer need these indicative markers.

They are only used to avoid ambiguity between different words, for example, on Twitter to distinguish between “follower” (متابع mutaabi ‘) and “followed” (متابع mutaaba‘).

There are so many reasons to learn Arabic and so many ways to approach it.

The largest group of people learning Arabic worldwide are Muslims who seek to understand the Quran, the sacred text of Islam. But with an ever-increasing number of students doing so for business, personal or academic reasons, there is a thriving market for teaching materials focused on learning Arabic.

The safest and fastest way to learn a language is to learn with the help of a qualified Arabic language teacher, either online or face-to-face with a private tutor. Learning on your own is also a viable option.

With so many reasons to learn and so many ways to approach it, why not go for it?

أهلا وسهلا Ahlan wa sahlan! Welcome to the family, and may your journey be easy! How to learn Arabic alphabet in 10 minutes ? 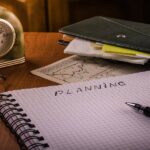