Surah kahf benefits| The Cave Surah – Its merits and benefits

e all know that the Prophet Muhammad (peace be upon Him) encouraged the Muslims to read Surah Kahf each Friday. Indeed, its protective values and its four consecutive stories told by Allah the Almighty to the Prophet (PBUH) make it one of the most precious Surah.

The cause of the revelation of Surah kahf

Surah Kahf’s revelation was in Makkah (except for verses 28, 83, and 101 revealed in Madinah). Thus, it is one of the five Meccan suras beginning with “alhamdu Lilah” (Praise be to Allah). It has 110 verses, and its name came from its 9th verse:

Do you think that the people of the Cave and ar-Raquim were an extraordinary thing of Our wonders?

According to Ibn Kathir’s tafsir, our Prophet Muhammad (PBUH) found himself confronted by the polytheists and the Book’s people (i.e., Jews and Christians) when he began to reveal the divine message.

Two polytheists, named An Nadr ibn Al Harith and Uqba Ibn Abu Muhit, were sent by the Quraish to Jewish scholars to describe Muhammad (peace be upon Him) because they had a vast knowledge about the prophets. The latter advised the two Quraish to ask Muhammad (peace be upon Him) three questions. Thus, according to them, if he could answer, it would mean that He is a true prophet. But if He failed, He would be a liar. The questions were:

The Prophet (peace be upon Him) made them wait for several days until Jibril brought him the answers at the request of Allah. Thus, came down the revelation of Surah Kahf, relating these events. Thus, the Tafsir of Ibn Kathir reports that the situation made sad our Prophet Muhammad (PBUH), despite giving the right answers to the Jews’ and Quraish questions and the indisputable evidence a prophet, they continued in their disbelief.

Surah Al-Kahf is essential since it remembers the importance of the belief in One God.

Say, “I am only a man like you, to whom has been revealed that your god is one God. So whoever would hope for the meeting with his Lord – let him do righteous work and not associate in the worship of his Lord anyone.” Surah Kahf (The Cave) – Verse 110

Many hadiths are talking about surah kahf benefits In this case, it is reported that the one who recites the first ten verses (or the last ten according to the hadith) of this Surah will be illuminated by a light (Noor) between this Friday and the following.

The Prophet (peace be upon Him) said: “Whoever recites the Surah Kahf, will be given to him on the Day of Resurrection a light that extends from his place to Makkah, and whoever recites the last ten verses this Surah will be spared, when the antichrist comes out, of his trial … “Hadith reported by At-Tabarani and authenticated by Al-Albani.

The Prophet (peace be upon Him) said: “Whoever recites Surah Al-Kahf (The Cave) on Friday, Allah illuminates it between the two Fridays.” Hadith narrated by An-Nassai, Al-Hakem, and Al-Bayhaqi according to Abu Said al-Khudari, may Allah be pleased with them, authenticated by Al-Albani

The Prophet (peace be upon Him) said: “Whoever recites Surah Al-Kahf on Friday, a light will shine under his feet to heaven, illuminating it until the Day of Judgment, and it will be forgiven him what he did between the two Fridays.” Narrated Ibn Mardaweh, according to Ibn Umar, may Allah be pleased with them.

Also, Muslims use to recite this Surah to protect themselves from the dajjal. He is the antichrist that will appear at the end of time.

Who is the Dajjal, and what are his tribulations?

We know from the ahadith of our beloved Prophet, peace be upon Him, that Dajjal will appear on earth a short period of time before the Day of Judgment. Indeed, he will bring people four tribulations :

The following themes are presents in four stories: the people of the cave, the owner of the two gardens, Prophet Musa and al Khidr peace upon them, and Dhul Qarnayn.

A. The people of the cave

A group of believing youngsters lived in a town where people were disbelievers. They decided to migrate for the love of Allah. Allah the Greatest rewarded them and covered them by His mercy in a cave. They slept and when they awoke, found a village where its people were believers. Youngsters demonstrated the sincerity of their faith.

B. The owner of the two gardens

A man to whom Allah gave two beautiful gardens forgot to thank Allah and doubted in Allah and the hereafter. His gardens were destroyed. He regrets it, but it was too late. Also, his wealth was a great temptation for him.

Mussa had the thought that he was the most knowledgeable man of his time. Nevertheless, he was wrong. Thus, Allah ordered Musa to meet a person more knowledgeable than him. He traveled to find that person – called al Khidr – and when he met him. Thus, he learned that sometimes God’s wisdom could escape us and be in the thing that appears to be detestable for us. Musa had to make modesty in front of al Khidr. 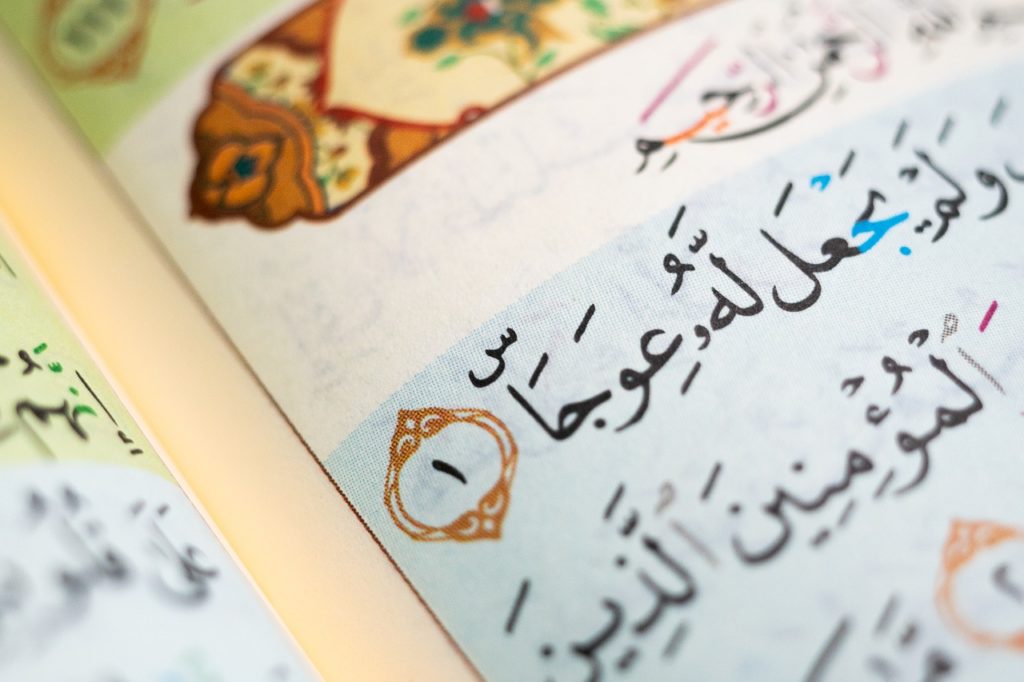 Dhul Qarnayn was a great leader, owned knowledge, and authority. He ruled the East and the West. He could solve Yajuj and Majuj and built a huge dam to help the people who required his help. These people tried to corrupt him by offering presents, but Dhul Qarnayn was sincere in his act of worship and in the appliance of his authority that was granted by Allah. Thus, he refused to take their presents because he knew that the reward would be only from Allah.

Wisdom of these four stories and their relation with Dajjal

These four stories related in surah al Kahf evoke the four tribulations that Dajjal will bring with him:

A. Tribulation of faith

Sincerity in faith and doing the righteous deeds following the Sunnah of the Last Messenger peace be upon Him in the last verse of surah al kahf. Indeed, Allah orders us to be sincere:

: “Say, “I am only a man like you, to whom has been revealed that your god is one God. So, whoever would hope for the meeting with his Lord – let him do righteous work and not associate in the worship of his Lord anyone.” (18:110)

Allah orders to invoke and call only Him:

“And recite, [O Muhammad], what has been revealed to you of the Book of your Lord. There is no changer of His words, and never will you find in other than Him a refuge. “ (18:27)

B. Tribulation of the wealth

Surah al Kahf warns us and teaches us to be aware of the deception of this world. Allah says:

“And present to them the example of the life of this world, [its being] like rain which We send down from the sky, and the vegetation of the earth mingles with it and [then] it becomes dry remnants, scattered by the winds. And Allah is ever, over all things, Perfect in Ability.” (18:45)

Thus, Musa, a great prophet of Allah, made humbleness signs when he met al Khidr. Allah has reported the humble talk between the two prophets:

Moses: “May I follow you on [the condition] that you teach me from what you have been taught of sound judgment?” (66) He said, “Indeed, with me, you will never be able to have patience. (67) And how can you have the patience for what you do not encompass in knowledge?” (68)[Moses] said, “You will find me, if Allah wills, patient, and I will not disobey you in [any] order.” (69)

Dhul Qarnayn had everything, and nothing could stop him. He was a right leader, Allah says:

He said, “As for one who wrongs, we will punish him. Then he will be returned to his Lord, and He will punish him with a terrible punishment. (87) But as for one who believes and does righteousness, he will have a reward of Paradise, and we will speak to him from our command with ease.” (88)

He was sincere in His worship of Allah. When the people who were afraid of Yajuj and Majuj offered money, he refused to take, because he knows that Allah gives better

They said, “O Dhul-Qarnayn, indeed Gog and Magog are [great] corrupters in the land. So may we assign for you an expenditure that you might make between them and us a barrier?” (94) He said, “That in which my Lord has established me is better [than what you offer], but assist me with strength; I will make between you and them a dam. (95)

Surah al Kahf contains in the four stories all spiritual tools to faith the tribulation of the Dajjal. In more, this surah teaches in his last verse how to get the final reward and success in the Day of Judgment.

The reading of this Surah takes around half an hour. It has 110 verses. How to arrange your time every Friday to read this important Surah. Thus, you will enjoy the protection of the Almighty until next Friday? And you, how do you organize your day to read Surah Al-Kahf? 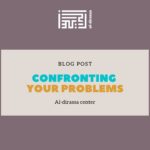 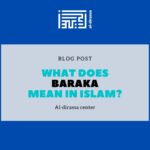 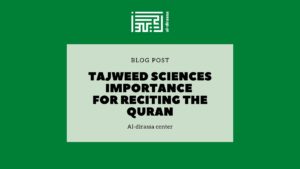 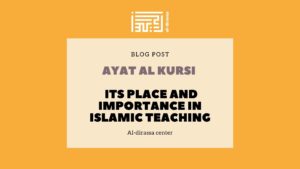 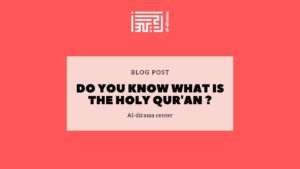 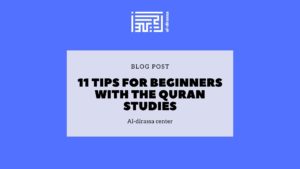