Prophet Muhammad (SAW) was born in Makkah in 570 A.D. Shortly after his birth, his mother Aminah bint Wahb passed away. Also, his father, Abdullah ibn Abd al-Muttalib had already died before his birth. Consequently, his grandfather Abdul Mutalib and later his uncle Abu Talib took responsibility for Prophet Muhammad’s upbringing.

At the age of 9, he started accompanying his uncle on his trading trips and learned about it. As he started working, he earned a reputation as a trustworthy and faithful man. He got the title of “Saadiq and Amin.”   Now let’s have a look at the most important facts about our last Prophet (PBUH).

12 Facts about the Prophet of Allah (PBUH)

In his early twenty’s he started trading on behalf of a wealthy merchant woman, Khadijah. His sincerity and honesty impressed her, and therefore, she sent him a marriage proposal, which he accepted (PBUH) himself.

Even though Khadijah was 15 years older, they had a great understanding. Over the years, she gave birth to 6 children. The Prophet did not marry anyone else as long as Hazrat Khadijah was alive. However, later on, he married Hazrat Aisha (RA), who was nine years old at marriage.

Prophet Muhammad (SAW) lived a life following Islamic fundamentals. Thus, his life is a great epitome for each Muslim to follow. He is a complete role model, and by following his footsteps, one can feel closer to Allah.

Prophet spent most of his time in solidarity. He preferred meditating in the cave of Hira, where he received his first revelation. It was here where Angel Jibrael (AS) appeared and asked him to ‘Read.’ Since the Prophet had not received any formal education, he replied that he did not know how to read or write, and that’s when the first few verses of the Quran were revealed upon him.

Hazrat Khadijah (RA) was his partner throughout his thick and thin as long as she was alive, especially during his early years of Prophethood, when he faced great opposition. She provided the Prophet (PBUH) with all the support and care he needed to spread Islam’s message.

His Prophethood lasted 23 years, and in this time, the Prophet Muhammad powered through all the hurdles to spread Allah’s message and brought others to the right path.

The Prophet had a strong character and humbleness.

He never hurt anyone’s feelings and never disrespected someone, irrespective of their attitude towards him. Prophet Muhammad (PBUH) used to treat everyone well, even those who ill-treated him.

The Prophet (PBUH) never ate alone and always invited others to join him.

His down to earth attitude can be seen because he never entered a premise without its owner’s permission as he regarded it as a mark of respect.

Holy Prophet (PBUH) always cared for orphans as he loved kids and frequently visited the ill and prayed for their speedy recovery.
The most important migration in Islam’s history was from Makkah to Madinah, which was also led by Prophet Muhammad (SAW) himself.

In a nutshell, Muhammad’s personality (PBUH) is the best epitome for all humankind as it possesses a universal appeal. No matter whichever walk of life, humankind can turn towards him and his biography to take guidance from. 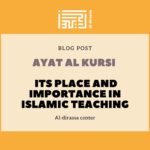 al-Haram in Mecca - its importance and history 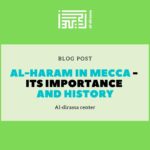 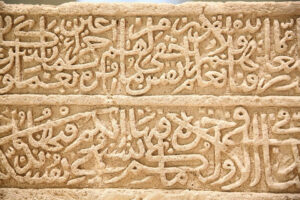