Summary of the history of the Arabic language

The Arabic language is one of the greatest languages ​​in the world. Its graceful tone, magnificent style and rich vocabulary and history give this language a unique character and flavour.

The origins of the Arabic language can be traced back to pre-Islamic Arabia, where tribes spoke local Arabic dialects.

Poetry played an important role in the culture of pre-Islamic Arabia. The poet represented the prestige and importance of the tribe. Okaz, a merchant town a short distance from Mecca (Mecca) in Saudi Arabia, was renowned for its great poetry festival where the craft of poets would be exhibited and celebrated by all tribes. At the time, Arabic was closer to the dialect of tribes than to a language in its own right.

Mecca was a centre of commerce, culture and religion in this most influential region of the region, and it was only natural that their language became the dominant dialect.

When the Quran (the holy scripture of Islam) was revealed, its refined and unique style and strong message changed Arab society forever. The revelation of the Quran signifies the beginning of Arabic as a world language.

The language of the Koran is still the “benchmark” of what Arabic linguists and grammarians still rely on. As Islam spread to lands beyond the Arabian Peninsula, the Arabic language eventually developed literature spanning many forms of expression, styles and genres. This classic language later developed into what we now call “Modern Standard Arabic”.

With the spread of Islam, Arabic began its journey from a regional language. It became an international language of great importance. When Islam arrived in Andalusia, the Arabic language settled there in the eighth century. From then on, its influence on European languages ​​began.

During the Muslim era in Spain, the Spanish language acquired a large number of words from Arabic. Many place names in Spain bear witness to their Arab past, such as the famous “Alhambra” palace in Granada.

Its name comes from the Arabic word “al-Hamraa”, which means “the Red”. Several words borrowed from Arabic have also found their way into many other European languages. To name a few, the English words “admiral”, “algebra”, “coffee”, and “giraffe” are of Arabic origin. Many languages ​​in the Muslim world have, to varying degrees, been influenced by Arabic.

Persian is strongly Arabized in both vocabulary and grammar. Urdu – the official language of Pakistan and one of the main languages ​​of India – also contains a large number of words of Arabic origin.

Where do we speak Arabic today?

Arabic is spoken today by more than 200 million people in the Arab world, and it is an official language in 22 countries.

Arabic is also an important language in many countries bordering the Arab world, such as Mali, Niger, Chad, Eritrea, Djibouti, Ethiopia and Somalia. There are also Arabic speaking populations in parts of southern Turkey and southwestern Iran. With the immigration of nationals from Arab countries to countries outside the Arab world, the Arabic language has spread to almost every corner of the earth.

The Arabic language has had the status of official language at the United Nations since 1974.

Arabic is highly respected in the Muslim world. Many non-Arab Muslim children begin to learn Arabic at an early age to read and understand their religion.

history of the Arabic language
FacebookTwitterLinkedIn 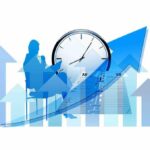 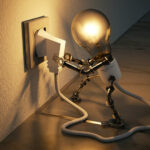