The known history of the Arabs goes back about three thousand years. They occupied the northern part of the peninsula that bears their name: Arabia. Their idiom, the Arabic language, experienced an extraordinary fate as early as the 7th century, with Islam’s advent.

Today, Arabic is the official language of 22 countries (250 million inhabitants), plus Malta, whose idiom is typical of Arabic origin. But Arabic is also practised quite widely in several non-Arab Muslim countries such as Iran and Turkey, whose languages have known various forms of interference throughout history.

Before the advent of Islam, the Arabic language was in contact with languages ​​belonging to the Semitic family, such as Akkadian, Phoenician, Hebrew, Aramaic, Assyrian, etc. These languages ​​typically form two subgroups: northern and southern. Although Arabic is part of the latter, it shares some characteristics with the other.

Thus, among the main characteristics that it shares with the southern group, we can cite:

Among the main characteristics that it shares with the other group:

This seems to give Arabic the status of a synthesis language or a junction between the two groups, making it the still living language closest to ancient Semitic.

We know the ancient states of this language through inscriptions dating back to the 8th century BC. J.C., but it is above all literary production, notably poetic and essentially oral, that allows us to grasp the specificities of Arabic in the pre-Islamic era.

The refinement of ancient poetry proves that it is the fruit of long maturation. Moreover, it seems to be conveyed by a common language closer to the West Arabian dialects of Hijaz.

This common language seems to be elaborated around the speaking of the tribe of Quraysh, who lived in Mecca, the prophet Muhammed city. It was already a holy city and a place of pilgrimage. This is where the revelation took place at the beginning of the 7th AD and in this idiom precisely.

Thanks to the immense Quranic contribution and religious production, it has engendered that the so-called classical Arabic succeeded the ancient Arabic. This mutation is attested particularly by writing development, enriched by diacritical and vowel signs with phonological grapheme values. By the codification of the language and the appearance of the first dictionaries grammar treatises.

The language of the Quran, sacred and “inimitable”, is taken as an immutable standard, certainly with a margin of flexibility, since the dialectal features of seven dialects deemed representative of Good Usage (fasaha) have been recovered and integrated into the standard, following the tradition of the Prophet who ordered the faithful to address people, especially candidates for conversion, in the language that is familiar to them.

Language activity initially linked to the Quran and its exegesis contributes at the same time to the normalization of classical Arabic and its dissemination in the countries where Islam succeeds in penetrating, in Asia, Africa and Europe. He succeeded in supplanting Coptic in Egypt, and the other Semitic languages ​​in the Middle East, while being influenced by them, just like Persian and Turkish.

These various influences are at the origin of Arabic varieties, which have evolved into the current dialects practised in Arab countries.

After several centuries of intense influence, which made Arabic the world’s first language of culture, a period of stagnation begins, limiting its function to literary expression and heritage conservation. This decline coincides with the Muslim Empire’s disintegration and the Abbasid Caliphate under the Mongol barbarians’ blows and then the Tartars.

The evolution of classical Arabic and its dialects over a millennium eventually gave rise to Modern Standard Arabic, with the Renaissance, especially in the 19th century C.E.

This linguistic and cultural renaissance was carried out jointly by returning to sources and a rediscovery or rereading of heritage and great openness to European civilization through translation, borrowing and tracing. These influences are most noticeable in the language of the press. This without neglecting the more or less unconscious influence of local dialects. The literal/dialectal opposition, at the root of the phenomenon of diglossia, is a fundamental fact of the current linguistic situation in Arab countries. How does this linguistic evolution manifest itself structurally?

Structures of the Arabic language

The general structure of modern literal Arabic does not differ significantly from classical, which remains the norm, represented by the correct reading of the Quran (tajweed). To avoid the details of the literal regional and local peculiarities due to dialect influences, we will present the main structural characteristics of the classical norm.

Arabic has 28 consonantal phonemes, including two semi-consonants (wa and ya) and 6 vocalic phonemes (u-a-i, doubled by duration). The attached table illustrates this system.

This classic standard of reference, according to the grammatical tradition, has undergone notable variations in the use of the dialect and even of the modern literal:

These changes that occurred at the level of speech ended up affecting the pronunciation of the literal.

The main characteristic of the Arab morphological system resides in its derivational structure, which makes it a paradigmatic system of schemas, combining complexity and rigour. Indeed, some patterns are analogically predictable; others, on the contrary, are customary and often have variants (e.g. bank gives the plural bunuk in Tunisia and abnak in Morocco). Schemes are generated by amalgamating a root that functions as a virtual consonant lexical unit and one or more affixes.

The roots, falling within the lexicon, form an open system while the schemas, falling under the morphology, form a relatively closed system. These roots are essentially triconsonantic. Arabic, which has always borrowed words like all modern languages, must integrate them into one of its schemas. We thus come to identify a virtual and fictitious root that could become derivatively productive. But this is not always possible, as with a strategy that is integrated but not productive.

For the borrowed word, its integration into an internal plural scheme would be a sign of more advanced integration: (ex: faylasuf / falasifa “philosopher / s”)

While the noun schemes are quite numerous and not very predictable, those of the verbs are, on the contrary, more reduced and rigorously predictable. However, this regularity does not lack complexity because 40% of the triliteral verbs form subsets, each having an internal regularity.

This apparent deviation from the norm is due to the presence in the root of an unstable consonant such as the hamza and the two semi-vowels (wa and ya).

Arabic verbs have less of a temporal value than an aspectual value (accomplished / unfulfilled. The latter has three modes: indicative, subjunctive and jussive).

The advantage of such a system is that it allows, on the one hand, a non-vowel reading, thanks to the regularity of the patterns, and on the other hand the generation of new units, and the use of units in reserve in the system, because no root covers all schemas, both verbal and nominal. But this advantage is not without limits, imposed by the Arab derivation mechanism, which marginalizes any unity that does not fit into the schematic mould.

Also, Arabic knows a  dual suffixed morpheme “an” in the nominative and “ayn” in the accusative and genitive.

One of the most important characteristics of Arabic is that it is a casually inflected language for nouns and adjectives (subject to “u” suffix, the direct object in “a” and indirect in “ï”); this inflexion gives the words a large margin of distributional freedom in the Arabic sentence.

To recognize a word or look for it in the dictionaries, it is necessary to know its consonantal root and scheme, requiring minimum prior knowledge of the Arabic linguistic system.

The departure of the dialect from the norm of the literal is significant, making them typologically two languages, although clearly related.

Sociolinguistic consequences of this evolution

We apply this term to the literal / dialect duality. It is evident that the dialect, under its habitual, lively and utilitarian character, has evolved more rapidly than the classical norm over the centuries.

This difference in the pace of evolution further widened the gap between the two registers of Arabic. The famous Arab socio-historian Ibn Khaldoun already spoke two languages ​​in the 14th century.

If we apply the typological approach to them today, at all levels of analysis, we can go so far as to consider them as two languages, despite their indisputable kinship. However, their own dynamics and the reciprocal influence they exert on each other favour the emergence of intermediate levels observable in all Arab countries thanks to the media, mass culture and literacy. These intermediate levels, little described, increasingly make them registers or levels of the same language.

In everyday life, all social categories use dialect. When they approach intellectual subjects, the literati enrich them with words drawn from the literal lexical stock that the dialect easily integrates. The use in everyday life of the literal would be more than pedantic, ridiculous. On the other hand, in class, in a public speech, or a media channel, the speaker chooses the register that suits him according to his skills and his audience. We can therefore say that there is a complementary distribution between the registers with almost inevitable interference.

If the dialect is dominant in the oral, the literal is more prevalent because the transcription of the dialect is not standardized. At this level, specialization is even sharper than orally. For these reasons, newspapers almost exclusively use modern Standard Arabic, while radio and television channels all use registers by person and program.

In literary and artistic production, most publications are literal, except theatre and popular poetry. In produced cinema, the dialect is dominant. But when it comes to historical films or dubbing, the literal is quite present.

This situation is complicated in some countries by bilingualism or even multilingualism. In Algeria and Morocco, a significant proportion of the population is Berber-speaking (unilingual or not). In these two countries, along with Tunisia, French is widely used, not as a foreign language, but as a vehicular second language, in education and important administrative, economic and cultural sectors.

In its written form, the Arabic language is one of the oldest living languages ​​today while developing dialectal or intermediate levels.

The Arabs revere their language and regard it as the symbol of their cultural and spiritual unity.

Instead of breaking out (like most classical languages) into regional or dialectal variants, subsequently acceding to the status of standard languages, as was the case for the Romance languages, Arabic developed in parallel the two registers which tend to more and more to complement each other in their distribution and their geographical and social distribution.

Without forcing the lines, one could even say that it is more and more a continuum that is at the same time geographic, socio-cultural and structural. 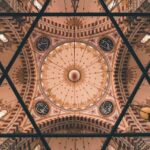 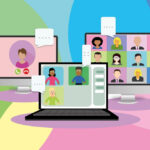