In one verse, the noble Qur’an has indicated three forms that revelation can take.

The first: to send a meaning in the heart of Prophet pbhu.

The second: To talk to a Prophet behind a veil. For example, Allah spoke to Mose behind a tree and Mose replied to His call.

The third: to send an angel to talk directly with a Prophet. The angel was sent to communicate with him. This form is the most common of all. All the revelation of the Quran was of this form called wahy jaliyy (explicit and manifest revelation).

Allah says in the Holy Quran, “It is not given to any human being that Allah should speak to him unless (it be) by Inspiration, or from behind a veil, or (that) He sends a Messenger to reveal what He wills by His Leave. Verily, He is Most High, Most Wise.”[42-51] And He also said, Glorified be He: “Which the trustworthy Ruh [Jibrael (Gabriel)] has brought down; Upon your heart (O Muhammad SAW) that you may be (one) of the warners,” [26- 193/194].

It was not about fainting; in this state, He pbhu was absorbed spiritually by the encounter with the angel. He came out of his normal human state, which influences his body which became very heavy, over which sweat could flow abundantly from his forehead while it does very cold. It can also be the effect of revelation on the Prophet pbhu or the like.

In the latter case, it was his most proven form. It also happens that those presents hear like the sound of bees near the face of the Prophet pbhu, without understanding this sound. As for him, peace and blessing of Allah on him, he meant and understood what it was revealed. He said that this was divine revelation, with certainty, without the slightest confusion, without the slightest doubt, without the shadow of imitation. When the revelation stopped, it was discovered in his memory, engraved, as if it had been inscribed in his heart.

Al-Bukhârî reports in his Sahîh, according to ‘Aisha, that Al-Hârith Ibn Hishâm asked the Messenger of Allah, pbhu: “O Messenger of Allah, how does revelation comes to you?”, “Sometimes said the Prophet pbhu, it comes to me like the sound of a bell, it is for me the most tried form. When it ceases, I then understood that it was said to me. Sometimes happens that the angel appears in a human form, he speaks and I understand what he says. ‘Aisha said, “I saw the revelation one day coming on Him when it was very cold. When the revelation ceased, sweat flowed abundantly from his forehead.” 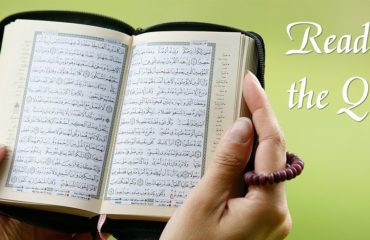 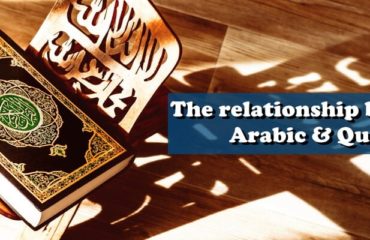 The relationship between Arabic & Quran 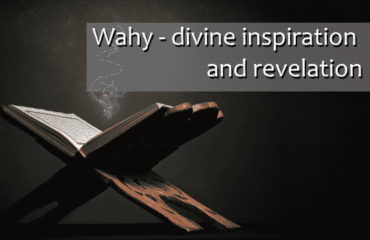