Why is arabic one of the most spoken languages?

A bit of history…

In the 6th century, Arabic was spoken by population groups in the Arabian Peninsula and surrounding areas. The Arab conquest (632-750) and the expansion of the Islamic empire (7th-13th centuries) allowed a very significant geographical expansion of this language, which officially imposed itself in the state apparatus of all the conquered regions.

Arabic and Quran are intrinsically linked since for Muslims. The revelation was made in this language. Arabic, therefore, spread, in oral and written form, along with the sacred text, during Islam’s expansion.

“Classical” Arabic thus guaranteed the unity of a huge empire of very different peoples. As the language of literature, knowledge, and science, its influence is associated with Islamic civilisation’s political, economic, cultural, scientific and religious. However, from the 14th century onwards, this great international language’s character tended to decline in the Mediterranean basin, even as Arabic spread to sub-Saharan Africa and East Asia.

From the 19th century, literary and cultural production in the Arab world played an important role in expanding and modernization of the language. The “Arab Renaissance” (nahda) represents a period of intellectual renewal which contributes to the development of Arabic as a viable modern language, that is to say, as close as possible to daily practices (in the field of the press and literature), capable of modernizing and moving away from the Koranic model.

To do this, most Arab countries in the twentieth century put in place language policies aimed at promoting the teaching and use of “modernized” classical Arabic, in oral or written form, as the language of literature, of the press, satellite channels and the Internet. In particular, thanks to the use of this form of Arabic in new media, the presence of this vibrant and innovative language is being strengthened at the international level.

In fact, the media revolution launched by the creation of the al-Jazeera channel in Qatar in 1996 has profoundly changed the Arab and international audiovisual space. Programs, news, and soap operas produced in Arabic are broadcast by satellite TV within the Arab world and beyond the Arabic-speaking world.

In 2012, on the Internet, Arabic was only the seventh language used by Internet users. However, its ranking changed rapidly as of the end of 2015. It was now the fourth most used language after English, Chinese and Spanish on the web and sixth among sixty languages ​​used on Twitter.

Today, Arabic is considered to be one of the great languages ​​of the contemporary world both in terms of the number of its “native” speakers (290 million in 2010) and its institutional status: official language in twenty-six states, official language and/or working language in several international institutions (African Union, Arab League, Organization of the Islamic Conference).

Since 1973, it has been the 6th official language spoken of the United Nations, adopted as an international language in its various agencies.

Read more: how to learn Arabic on the Internet ?

Now you know some reasons why the Arabic language is spoken around the world. 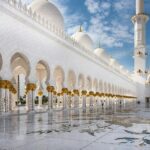 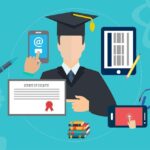