why learning arabic is important ?

Many reasons can lead us to learn Arabic. The language in question is the classical Arabic language. One that has crossed the centuries with a spread and a meteoric expansion to become an international language recognized throughout the world.

This language deserves our full attention because of its history, origin, inimitable characteristics, and beauty.

This article will see an overview of what the Arabic language represents, its origin, and its important place in the Islamic religion to show that it deserves to be learned by everyone.

Presentation of the Arabic language

The Arabic language is the official language of 22 countries representing more than 300 million speakers distributed in various countries in the world. Moreover, it is a sacred language. Indeed the Quran is only recited in Arabic.

It is ranked fifth in the world for the most widely spoken languages. In 1974, Arabic was adopted as one of the six official languages of the United Nations, joining Chinese, English, French, Russian and Spanish. It is written from right to left.

Finally, Arabic has an advantage over other languages. It has survived the centuries without much change. This allows access to ancient texts that are 1000 years old or older.

It has been the only living language for at least 1,500 years.

All other languages have disappeared or have been considerably weakened.

The importance of Arabic in the Islamic religion

The growing expansion and development of the Arabic language are unquestionably due to the Muslim religion. Indeed, this one developed during centuries in the four corners of the world through its conquests.

It is found that Islam is the only religion that gives importance to the language of its revelation.

Indeed, the Quran, the Sunnah (it is all words, deeds, amenities and characteristics of the messenger), the words of the pious predecessors and contemporary scholars indicate to us the importance of learning Arabic.

Since the advent of Islam, Arabic has been regarded as an indispensable part of a correct understanding of religion. However, before Islam, Arabs considered their language to be the best and most complete for the record. They viewed foreigners as people who did not know how to express themselves.

Indeed “foreigner” in Arabic is “‘ ajamiyy ”, which means“ mute ”. They were proud of their language. They excelled in orality through poetic games and the like. When there were wars, they clashed by sending their best poets. Sometimes the fight didn’t happen because of the power of words.

Origin of the word “Arabic.”

The most famous opinion about the etymology of the word “Arabic” is that it originates from the notion of great clarity (i’râb).

Thus, Arabic is the noblest, the clearest and the most expressive thanks to a range that unfolds between conciseness and prolixity.

Arabic is a Semitic language, close to Aramaic and Hebrew, with which it shares the same type of consonantal structure.

What says the Quran about the Arabic language?

Indeed, We have sent it down as an Arabic Qur’an that you might understand. (12:2)

And thus We have sent it down as an Arabic Qur’an and have diversified therein the warnings that perhaps they will avoid [sin] or it would cause them remembrance. (20:113)

And We certainly know that they say, “It is only a human being who teaches the Prophet.” The tongue of the one they refer to is foreign, and this Qur’an is [in] a clear Arabic language. (1:103)

And thus, We have revealed it as Arabic legislation. And if you should follow their inclinations after what has come to you of knowledge, you would not have against Allah any ally or any protector. (13:37)

Many other verses exist in this sense.

What says the Sunnah about the Arabic language?

Narrated by ‘Ali according to the prophet (praise and greetings on him): “The language of Ismâ’îl was the first to deliver clear Arabic, he was then fourteen years old” (Sahîhu-l-jâmi’, n ° 2581).

What told the companions about Arabic?

‘Umar ibn Al-Khattab said:“ Learn the Arabic language because it is part of your religion ”. [Ibn Abi Chayba in his Mousnaf].

He also said, “Do the grammatical analysis of the Quran because it is in Arabic.” [Ibn Abi Chayba in his Mousnaf].

What told Muslim Scholars about Arabic?

Sheikh Al Islam Ibn Taymiya said: “Certainly the Arabic language is part of religion. Its knowledge is an obligation because the understanding of the Koran and the Sunnah is obligatory. They can only be understood in Arabic. When one can only perform an obligation by one thing, then that thing becomes obligatory. “

He also said: “Ashafi’i said:” The language that Allah has chosen is the Arabic language, He sent down His precious book (the Koran) in Arabic, and made it the language of the last of the prophets ... »[Iktidha assirata al mustakim (1/464)].

Shaykh al-‘Uthaymîn said, “Non-Arabic speakers have no excuse that the Koran is not in their language. They must learn the language of the Koran if the understanding of the Koran and the prophet’s sunnah can only be achieved by learning Arabic “[Majmou’ alfatawa wa risaïl ibn otheymine]

Shaykh Muqbil said: “Our advice to all is to learn what they can from the Quran and to know something of the Prophet’s Sunnah, and also the great interest in the Arabic language because it is the language of the Quran… ”[Tahfatoul Majed ‘ala asïla alhadhir walgharib, question 178].

He also said: “We advise the student of science and the one who loves the prophet’s sunnah to take the Arabic language which will allow them to get used to their language and to know its meaning because the Koran as Allah describes it: “An Arabic Quran, devoid of tortuosity,” and the Prophet’s Sunnah is in Arabic. »[Almukatarahu fi ajwiba aseela almustarah].

Through all these examples, we can see that Arabic has an immense place in religion. Learning it is mandatory to understand religion as it was revealed.

Arabic occupies an important place internationally and in the Islamic religion.

The Arabic language deserves to be learned and taught to experience its unmistakable character, beauty, and so many other hidden treasures. There are plenty of reasons to learn it. 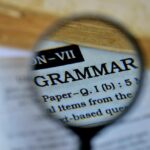 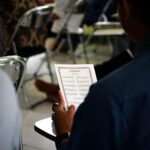 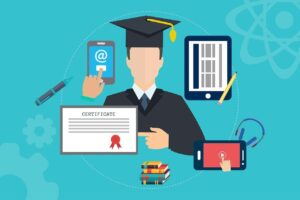